Kargu is an indigenous rotary wing UAV  that can be deployed and operated by a single personnel in both autonomous and manual modes, and that has been engineered specifically for anti-terror and asymmetric warfare scenarios.(STM, 2019)

New system  autonomous rotary striking UAV  that designed to increase the  capabilities of the Turkish soldier in the field, ın other words SUAV (Striking Unmanned Aerial Vehicle) will be backbone against  active counter terrorism.

Today, the importance of unmanned aerial vehicles has come to light once again with the use of this system by non-state actors. These new weapon systems are very low in cost compared to missile systems and other military equipment; will create new balance elements of our age. In this direction, Turkey that hasten ıts working, with developed and developing UAV, will reach supremacy of control and supervision in  fields where it struggle.(East Mediterranean, West and East of Euphrates)

If we look at the properties of Autonomous rotary striking UAV, Kargu :

- Guided elimination modes against targets selected on images or coordinates

Kargu has two meaning.One is that tower which be built to spy out the enemy.Second is that hawk. Kargu should be considered as an important step taken by the Turkish defense industry to adapt to the new generation of war equipment.

You can reach video on this link : https://www.youtube.com/watch?v=oT7sSWBti1c&feature=emb_title 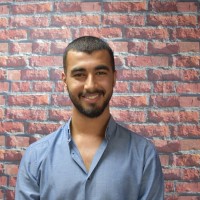