In the aftermath of the two great world wars, where millions of people lost their lives, the inadequacy of efforts to establish a stable peace around the world revived itself after every new conflict and crisis. Although the war actions that have existed since the early days of humanity have provided countless experiences for the establishment and protection of peace, the fact that the crises of different scales and the resulting conflicts over time cannot be prevented has been questioned the adequacy and validity of the mentioned experiences. . Although these inquiries have brought different new approaches and perspectives in each period, the international public opinion has not been able to produce a strong draft that will provide a solution for the resolution of crises to conflict or war. Although Aristotle (1988: 177) considers wars as a prerequisite for having peace, with Gray (2005: 338); all wars followed peace processes. In other words, problematic peace has continued to produce war.

War; In the light of advances in techniques and tactics as well as weapons, tools and equipment, the conflicts become more complex and increase the sensitivity level caused by civilian losses. In this context, previously only the zones of conflict exclusively for the soldiers were opened to the control and control of civilians and even to their direct intervention. Civil society has supported the need to play a more active role in humanitarian-centered areas in order to reduce the devastating effects of conflicts, while assessing the effectiveness of defense spending and military activities. Thus, states adopted the idea of ​​filling the gap created by the withdrawal of conventional threats by focusing on non-war operations (Öztürk, 2015, p.110). In addition, the necessity of adopting a more professional understanding in order to meet the basic needs of civilians in conflict zones has emerged and the direct reflections of this situation have been seen in the input to the military education system and the idea of ​​cooperation with civilians.

Civil-Military Cooperation (CMO) practices gained weight in order to provide and supply basic human needs outside the combatant elements and to prevent them from adversely affecting the operation as a result of the uncontrolled movement as the conflict zones gained a dimension that could not be controlled only by military methods. The aim of this cooperation was to reduce the burden on the shoulders of the fighting elements and to make them an auxiliary force by utilizing the expertise of civilians in the region.

With the deterioration of the bipolar world order, the military planning was also considered to be two-dimensional. The closure of the Cold War period, characterized by mutual force comparisons, perceptions of deterrence based on numerical superiority and one-dimensional threat scenarios, has opened the door to significant changes in civil-military interaction (Öztürk, 2015, p.111). Civilians have been seen as both subjects and objects in military planning processes as inter-state conflicts have been replaced by terrorism, civil war and power of attorney wars, and terrorism as a new threat to weapons of mass destruction. Civilians who have the status of subject (Rana, 2004: 578) in order to benefit from their expertise have also received object status in terms of expansion of the field of operation and often as direct targets of threatening elements (Smith, 2006: 278). In the early 1990s, civilians emerged as an indispensable element in the ethnic crises and conflicts in the Balkans, and in the same process, the United Nations (UN) said that peace and security could not be ensured independent of humanitarian activities by ignoring civilians. in the report. As a result, the concept of CMO, concept and doctrine has entered into the realization phase.

Today, although the military and civilian stakeholders cannot meet on a clear definition, the concept of CMO has been tried to form a common definition by the Western countries and NATO and the United Nations in parallel with the civil wars and conflicts since the early 1990s. however, it is possible to see that it was institutionalized in 2001 after the 1991-1995 Balkan Wars and was based on a real definition. Over the years, while soldiers have tended to emphasize the task and goal-oriented functions of the CMO, civilians see the dimensions of humanitarian aid and meeting the needs of existing civilian people a little further.

There are different approaches among countries' CMO practices. Organization (Kasselmann, 2012: 23), education and force structures (Gourlay, 2000: 369) and national doctrines (Barry and Jefferys, 2002: 5) are among the elements that make up the difference. In addition, this difference stems from the divergence of countries' security strategies, threat perceptions, national interests and targets. CMO organizations and capabilities do not allow conclusive judgments about the level of military effectiveness of countries, but they provide important clues about existing forces and capabilities as an element of effectiveness assessment (Öztürk, 2015, p.112).

The initial stage of MCO applications is implemented as confidence building. Fear, without hesitation or undoubtedly the sense of belief is one of the explanatory features of the concept of trust and its application through the right communication channels is the most important issue of MCO applications. Improving communication with civil actors is an important issue in shaping the operational environment. In addition, in order to maintain the sustainability and permanence of the effectiveness established after the whole construction process, it is another important process that all these MCO activities should be adopted and accepted by the people of the region.

In order to better understand the importance of the above mentioned MCO practices, many examples emerge in the world. But next to them, especially as the Republic of Turkey to create our southern border desired terrorist Region and corridors successful Euphrates Shield and olives to examine the importance of MCO activities of our being blocked by the Department of operation will be very helpful for us. As a result of the self-confidence and morale of these two operations we left behind successfully, we can foresee that the Barış Pınarı operation, which we are in, will also be successful with the support of MCO practices.

From the Euphrates Shield to the Olive Branch

What in Turkey's southern border terrorism purification and regional stability revamping that began with the mission successful results followed the Euphrates Shield and received by performing the same mission Olive Branch operations without a doubt MCO implementation of efficiency considerations is so helpful we demonstrate to. When we look at the beginning of this operation sequence the Euphrates Shield, Turkey's operations in that direct the fight against terrorism the focus in the early and evolving process, non-governmental organizations, voluntary organizations, the staff of institutions that can be taken to MCO structure in the region going forward comprehensive and civilians in their constructive approach to application and region it is possible to see that local and cultural values ​​are prioritized in the approaches towards the public.

Johannson (2011: 48), who put forward the thought and mission underlying the MCO practices, revealed that it is more important to have a place in the spiritual feelings of the people of the region, one-to-one contact and communication with the people is more important than construction activities such as construction and repair in the region. Firat Shield and olives we have branch operations as will be examined in this context Turkey's, the peoples in the region is primarily spiritual feelings and brotherhood, religious brotherhood, unity and solidarity of the elements of the people living here of the priority objectives emphasizing that found in the spiritual sense and MCO operates under the mission of responding to the basic needs that It is possible to see. In the researches, investigations and dialogues conducted in the region, a great majority of the people in the region were told that the Turkish Armed Forces were protecting and securing the people in the region and that certain needs were met by the same forces and that the trust in the Turkish Armed Forces also strengthened the MCO can be seen to cause the context to strengthen.

Given the natural and ethnic structure of the said action, in this environment, serving should foreign government requirements of the institutions affiliated with the government of Turkey to the presence of social assistance institutions and voluntary organizations and activities, the motive of 'contacts with non-state actors' activities in the function areas and operational effectiveness in the region thereof reveals its contribution. In particular, the Turkish Armed Forces and the FSA forces acting within it have been able to provide local intelligence effectively as a result of the relationship they have established with the civil actors in the region and the representatives of the local people (especially the tribes in the region) and thus improved their situational awareness. They increased the military effectiveness of the units in the region on the basis of building trust and effective communication and coordinating the MCO functions and were able to perform their duties with less force allocation. In addition, they were able to come up with realistic and feasible strategies through a more robust intelligence wheel.

MCO practices have increased its importance and importance in recent years in line with the perception of war that started to change shape and size with the disintegration of bipolar order and in this context in line with the needs arising from the situations in which civilians become both subjects and objects of their operational plans. In this case, planners aiming to achieve the desired final state, ie victory with the minimum possible input, have begun attempts to exploit MCO applications as a force multiplier between the kinetic invisible elements. This result is in line with articles in Turkey, the Euphrates Shield and olive branch operations have been requested to step in reference to the effectiveness of MCO activities.

Turkey's recent operations in the Peace Fountain of where to inspect the operation of the existing directories to exclude, you need to understand and interpret. in this context especially the Euphrates Shield and Olive Branch is the successful result of following the same password and mission in line with advancing peace Spring campaign in Turkey just as it benefited from MCO activities and work in other operational stage, and even the geographical and social structure of these applications and considering It is of utmost importance that MCO practices gain priority in terms of creating an intelligence channel in their favor by focusing its efforts on infrastructure, culture, humanitarian aid and civil administration. The fact that the Turkish Armed Forces and the NSA forces acting within it provide a climate of trust within the complex structure of the region by prioritizing the concept of being with the people and being with the people in this area will undoubtedly be one of the most important sources of assistance in achieving the desired result.

Johannson, T. (2011). The effectiveness of CIMIC in peace operations: From the view of the local people, Master’s Thesis, Uppsala University. 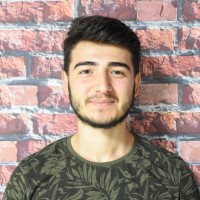