EFFECTS OF CORONAVIRUS PANDEMIC TO THE WORLD

EFFECTS OF CORONAVIRUS PANDEMIC TO THE WORLD

The world has left 2019 behind with issues such as; The Syrian crisis, the Kashmir issue, the Eastern Mediterranean, the trade war and the fight against terrorism, and faced a new threat that would change the world agenda and the usual course of life in the last months of the year. This threat manifested itself in December of the year we left behind. This new threat was a threat that has not been seen until now, is not accustomed, and that almost all countries are caught off guard. This is how the new type of coronavirus (COVID-19) entered in the world agenda. This new type of coronavirus became a global pandemic in a short time like 4 months and caused a worldwide crisis.

This crisis caused by pandemic has become multi-dimensional and multi-component, which concerns many different disciplines such as economy, sociology, psychology, politics, crisis management, security, and international relations.

However, in this study, rather than these dimensions of the crisis, issues will be examined such as coronavirüs effects on education systems, health systems, environment - natural life, individual - state relations, global solidarity, and the possible world order after the crisis in connection with the exam question.

In this context, the first subject of this article work will be the effect of the coronavirus on education systems.

The Effect of Coronavirus on Education

Coronavirus has affected the usual flow of daily life in many contexts. Undoubtedly one of them is education systems. In many parts of the world, education was interrupted or online education was started to prevent the spread of the virus and to protect both students and educators. Today, more than 130 countries have had to stop education at schools or universities due to coronavirus. According to the data of Unesco, almost 1.5 billion students worldwide, which are more than 80% of the students in the world had to move away from schools and universities.

So, how will the effects of this global pandemic shape the future of education?

The convenience and possibilities of digitalization to be used in the education systems were also an object that was targeted in the past years but could not be fully implemented.

Nevertheless, some world universities (Oxford, Anatolia, Leiden, Newyork State University) have transferred some of their courses to digital media and shared them with students from all over the world both for free and for a fee. After the start of this global pandemic, many universities have shared these digital classes free of charge for all students and this is a real opportunity for us, students.

However, today countries are pursuing strategies that aim to overcome the short-term and early effects of the current crisis. Due to this fact, the method of combating the coronavirus of most countries is to control cases so that they do not exceed their health system capacity.

The main objective of this strategy is to prevent the coronavirus from reaching a large number of people in the community rapidly and to reduce the number of people who need to come to the hospital so that national health systems can continue to work.

However, there is another reality that should be emphasized here. In the USA, the center of Anglo Saxon capitalism, the country's health system was built on the values of wild capitalism. Therefore, it was not possible to talk about a social and holistic health system in the USA. The American healthcare system has been more criticized than ever when the adverse effects of this condition have become more prominent due to coronavirus pandemic and people cannot benefit from expensive healthcare. Could this be the first step in building a more socialist healthcare system in America after the pandemic crisis? It caused the question.

In addition, it should be noted that the selfish nation-statist approaches that have become evident in Europe have shown the strategic importance of the health-medical and pharmaceutical sectors to the whole world. In addition to two indispensables such as security and foreign policy, it is possible to say that European states may also engage in some kind of sovereignty in this regard.

Effects of Coronavirus on Environment and Natural Life

People who stayed in their homes to prevent the spread of the virus in most parts of the world due to coronavirus switched to a remote work method. Most workplaces have been closed, traffic has decreased and factories have stopped production. Of course, this had some effects on climate, environment and natural life.

China, the first starting point of the outbreak, has taken strict measures since the first days of the outbreak. Wuhan city was completely quarantined. Entries and exits are banned. Other cities in China continued this order. However, images shared by NASA in recent weeks have shown a significant drop in air pollution levels across China. Although emissions, in general, are decreasing at this time of the year, the reason for this serious consideration is the measures taken for the coronavirus. Italy, where the virus was felt most severely in Europe, has experienced environmental changes similar to China.

Besides the decreases in air pollution, the canals started to flow more clearly in Venice. It was seen that swans and dolphins came to the large canal area of Venice, which became unmanned. These are the positive effects of the virus on the environment. However, this coronavirus emphasized two very important things to people.

The first is the fact that nature can repair and renew itself tremendously when humans do not interfere. The second is the need for people to distance themselves from animals and allow animals to live in their habitats, not to interfere much with their habitats.

Effects of Coronavirus on Individual-Government Relations

I have already mentioned that states have taken some precautions to prevent the spread of coronavirus among people. Some of these measures also impose some limitations on the daily lives of people. For example, in areas where the virus is common, China enforced a mobile phone application and followed people step by step with millions of cameras paired with facial recognition systems.

Even the payment methods of the people were followed and the contacted circles were tried to be determined. These despotic and restrictive measures of China have significantly reduced the spread of the virus at a certain stage.

The special point here is; Thanks to the totalitarian attitude of the Chinese communist party and its control over the people, the virus was brought under control in a short time as a result of the full compliance of all sections of the people with the given directives.

On the other hand, when we look at some democratic and libertarian European Union countries such as Italy and Spain, we have seen that the citizens in these countries are resisting to comply with the directives of the management mechanisms, which in turn cost them. This helped people think that it would be beneficial to give more powers and authority to states in times of extraordinary crisis.

At this point, it is possible to say that the countries of the 2nd or 3rd wave democracy after the coronavirus crisis will want to protect their totalitarian gains in the pandemic period. In addition, we can see that more authoritative and totalitarian governments will come to power in some countries in the post-crisis period. In countries that have not yet completed their democratic development, it is possible to say that the public will consent to this possible situation to a certain extent.

Because people care more about their safety and their lives than their freedom during their extraordinary crisis periods like this.

Effects of Coronavirus on Global Solidarity

For example, China has helped countries such as Italy, Spain and Bulgaria with the medical equipment they need. Also, Russia is among the countries that send aid to Italy. In addition, our country has sent the assistance they need to many European countries, especially Italy and Spain. Even today, Turkey sent aids with cargo planes to four European countries.

In addition, Russia sent its planes carrying aid supplies to the USA, perhaps in a way we have not seen so far, and the USA accepted it. The countries I foresee have understood that they can no longer cope with this crisis on their own. Therefore, countries will increase the global solidarity between them in the later periods of the crisis.

Countries will necessarily share this information and methods with each other, especially when more effective treatment methods, preventive drugs or a vaccine that can treat the coronavirus are developed. Especially in terms of the future of the world and humanity, it is imperative that this solidarity between countries is increased day by day and the global solidarity against coronavirus pandemics is necessary.

As I mentioned in my previous answers, the world now wants to eliminate the confrontational effect of the ‘Polar’ word. Today we are talking about the Multi-Centered Structure in world politics. Although the coronavirus causes a global crisis, experts like Kishor Mahbubani and those who support it believe that Chinese-based globalization will take place after the coronavirus crisis.

At this point, I would like to draw attention to the importance of rising powers such as; India, Brazil, South Korea, Turkey, Israel, and Russia. I think the Multicenter International System will become more evident after these powers increase their importance in world politics.

After the diversification of power centers in the world, I think that countries will get closer to each other thanks to globalization and commercial relations and interdependencies among countries will increase. 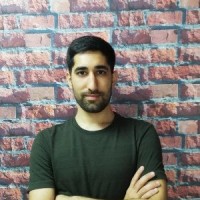